Encouragement for the Journey 22 December 2013 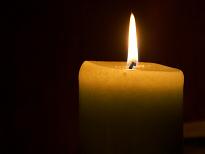 In conversation with adults, I often hear these words ĹChristmas is for children.ĺ I want to respectfully challenge this idea, and declare that Christmas was firstly an adult experience, which has now been given over to children and then hijacked by the spirit of commercialism.

A program in the early days of TV broadcasting was a police drama called Dragnet, the star of the show was a character called Sergeant Joe Friday, he had a phrase that became quite famous, Ĺ All we want are the facts, maĺam.ĺ In time this line was edited to become ĹJust the facts, maĺamĺ.

If we take that approach to the gospel texts, and focus just on the text. We discover something very interesting. Apart from Mary who may well have been a teenager, all the principal characters would have been adults. I am indebted to John Bell in his bookĺ Ten Things they never told me about Jesusĺ who writes:

Joseph is commonly presumed to be older, he seems to know about divorce procedures and also he is not around when Jesus, aged thirty, preached in his home synagogue. The shepherds would have been adult men rather than boys, if they had to keep awake at night to protect their flocks from wild animals and thieves.á

Regarding the Wise Men, Middle ľ Eastern cultures then as now considered wisdom to be attained not through academic degrees, but by experience, reflection and longevity.á

Let us not forget Zechariah, a retired priest and his wife Elizabeth who in their twilight years became the parents of John who became known as John the Baptist.ĺ

I want to suggest that Christmas is for older people too. The difficulty we have is that our perception and appreciation of that first Christmas is taken from hymnology and music of Victorian England instead of the gospel text. For example, we are not told how many shepherds or wise men, but they are often portrayed as three of each.

Take a moment to reflect, pause and allow the beauty of love, which weaves it way through the stories to touch your heart, opening you to the mystery and wonder of life, and Emmanuel God with us.

Encouragement for the Journey 23 August 2015

Encouragement for the Journey 12 October 2014