Encouragement for the Journey 20 October 2013 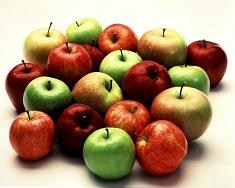 Today the theme for our Cafť Church is:

Sometimes, a writer is able to express ideas succinctly. One such writer I find helpful on this particular aspect of difference is Jonathan Sacks (Former Chief Rabbi of the United Hebrew Congregations of the Commonwealth). He offers this:

ďThe world is not a single machine. It is a complex, interactive ecology in which diversity Ė biological, personal and cultural and religious Ė is of the essence. Any proposed reduction of that diversity through many forms of fundamentalism that exist today Ė market, scientific or religious Ė would result in a diminution of the rich texture of our shared life, a potentially disastrous narrowing of the horizons of possibility. Nature and humanly constructed societies, economic and polities, are systems of ordered complexity. That is what makes them creative and unpredictable.†

Any attempt to impose on them an artificial uniformity in the name of a single culture or faith, represents a tragic misunderstanding of what it takes for a system to flourish. Because we are different, we have something unique to contribute, and every contribution counts. A primordial instinct going back to humanityís tribal past makes us difference as a threat. That instinct is massively dysfunctional in an age in which our several destinies are interlinked.†

I conclude with this poem from Ibn Arabi (1165 Ė 1240 Sufi Mystic and Philosopher) which offers hope and possibility for living with and celebrating difference between the various religions:

†There was a time I would reject those

†There was a time I would reject those

who were not of my faith.

But now, my heart has grown capable

of taking on all forms.

It is a pasture for gazelles,

An abbey for monks.

A table for the Torah,

Kaaba for the pilgrim.

My religion is love.

That shall be the path of my faith.

Meanwhile Peace within the dignity of difference

Encouragement for the Journey 13 April 2014

Encouragement for the Journey 4 May 2014

Encouragement for the Journey 7 September 2014